Writing a Letter to the Editor 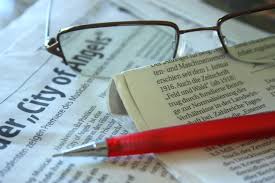 One of the most important things we can do to put pressure on our elected officials to support a constitutional amendment to get big money out of politics is make sure the issue is part of the national conversation. Writing a letter to the editor that gets published in newspapers big and small is a great way to spread the word about the problems caused by big money in politics and why a constitutional amendment is a necessary solution. It can help draw other supporters to our cause, gain media attention for the issue, and show legislators that members of their community want them to take action.

Your job as a writer is to make the connection between the issues of the day like gun violence, health care, tax reform, and how the big money that dominates our political system prevents important progress on those issues. The guide below will walk you through how to write a letter, how to get published, and provide a template you can follow.

Template For Writing A Letter To The Editor

Opening: Begin your letter by citing the article you are responding to, in order to give your piece context. You can disagree or challenge a view, just keep it respectful.

“I agree with the stance taken in your editorial on Sunday that discussed the dangers of rising prescription drug costs. This is yet another example of how hard-working Americans suffer when corporations and other powerful interests have too much influence in government.”

Transition: Next, transition into the main message you want to share.

“If we do not address big money in politics soon, our elected officials will continue to do what is best for their biggest donors rather than their constituents.”

Solution: This should be the largest part of your letter. It is here where you should argue for your purpose.

“In order to reclaim our democracy, we must pass a constitutional amendment to overturn Supreme Court decisions like Citizens United that have tipped the balance too far in favor of corporate interests. An amendment can pave the way for meaningful campaign finance reform and help give all Americans a greater voice in government.”

Closing: You can end your piece one of two ways—either bring it full circle by referring back to something mentioned in the beginning of the letter, or conclude with something clever that will make your message memorable.

“Rising prescription drug costs may be the issue of the day, but getting big money out of politics is the issue of this generation and we must rise to the challenge. By passing an amendment we can ensure that our elected officials cannot be bought and send a powerful remind that ours is a government of, by, and for the people!”

Re: “Gun Control Legislation Voted Down,” while the author stated that the legislation was voted down by the mostly Republican legislature, she neglected to mention one of the biggest reason our lawmakers opposed the bill: the disturbing influence the NRA has exerted through huge campaign expenditures.

According to Open Secrets, the NRA spent over $50 million to influence elections just in the last election cycle. As long as Supreme Court decisions like Citizens United allow corporations and other outside organizations undue influence in the political sphere, it will be very difficult to pass important legislation because too many legislators feel pressure to do what is best for their donors instead of their constituents.

In order to preserve the efficacy of our democracy, it is imperative that Congress passes a constitutional amendment to overturn Citizens United and fix our broken campaign finance system. This Supreme Court will not overturn the infamous 2010 ruling on its own. We need to speak up and make our voices heard in order to get Congress to pass an amendment. Otherwise, we will continue to be drowned out by big money and powerful interests.

Sample Letter #2: Connecting Issues of the Day to Big Money In Politics

Re: “Energy lobbyists have a new PAC to push for a carbon tax. Wait, what?”

Although a carbon tax is a good step towards stronger climate policy, the climate lawsuit immunity and clear quid pro quo benefits for big oil corporations provided by this policy are alarming. Since this regulation will not actually reduce carbon emissions without further legislation, it is clear that it is simply a way for the oil lobby to express concern over climate change without taking meaningful steps to address it. If this policy passes, oil companies will profit, and the 74% of Americans who want higher emissions standards imposed will not have their needs met.

In order to make the government responsible to the people rather than to huge multinational corporations, we must pass a constitutional amendment to overturn Supreme Court decisions like Citizens United and fix our broken campaign finance system. By getting big money out of politics, we can prevent elected officials from catering to donors while ignoring the policies Americans really want. Climate change is a pressing and dangerous problem that may jeopardize our health and our future. Oil companies should not be the ones deciding how to solve it.

If you get a letter published please send us the link at info@citizenstakeaction.org so we can share it on our social media feed and use it as a template for others to follow. And if you want any feedback before submitting a letter, feel free to send us a draft and we can offer advice or editing as well!