Citizens Take Action was founded to do two things that are critical for the proper functioning of our democracy. Our mission is to:

1) Get big money out of politics.

2) Inspire greater civic engagement so that Americans become more involved in their government and their communities.

Getting Big Money Out of Politics

In order for our government to work the way the Founding Fathers intended, our elected officials must serve the interests of We The People rather than large donors and special interest groups. For decades we have watched our government at the local, state, and federal level slip away as corporations, unions, and ultra-wealthy individuals have gotten in between us and our elected officials. The result has been policies that often favor the already powerful at the expense of the majority of Americans.

Many of us are more disenchanted than ever with the political process because we don’t believe that government truly works for us anymore. But unprecedented support for outsider candidates in recent years shows that millions of us are also ready for significant political reform. The energy to restore our democracy is there, but we must properly harness that energy.

One critical step to getting big money out of politics is passing a proposal like the Restore Democracy Amendment, which would pave the way for campaign finance reforms like limits on spending by corporations, unions, and ultra-wealthy individuals, or allow for publicly financed elections. We cannot allow nine unelected judges on the Supreme Court to jeopardize the integrity of our democracy. That’s why Citizens Take Action will be working to build support for the Restore Democracy Amendment in Congress and in communites across the country. But we need your help. This movement depends on people power so if you want big money out of politics, don’t sit on the sidelines. Sign up to volunteer and support our work with a monthly contribution!

The second step to creating a government that is truly responsive to We The People is for individuals all over the country to get more involved in the political process. Democracy only works if citizens are informed and engaged so Citizens Take Action will be working hard to foster that engagement. By advocating for critical reforms in areas like voting rights or by sharing materials on our website and social media channels, we will do our part to make it easier for Americans to participate government at the local, state, and federal level.

Maintaining a thriving democracy is hard work, but it is well worth the effort. We hope you’ll join us in our fight to get big money out of politics and restore government of, by, and for the people. 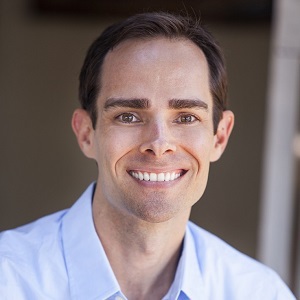 I support the Restore Democracy Amendment