Why the Electoral College Needs Fixing

The Electoral College has some profound effects on the way campaigns are run and elections are won. The Electoral College artificially divides the country into “safe states” and “swing states.” Safe states are states where one of the two major parties has a large advantage and their candidate is likely to win that state’s electoral votes regardless of the candidate running for President. Swing states are more politically divided and could potentially go either way in a presidential election. Swing states end up being the primary battleground for candidates because whichever candidate performs better in swing states is likely to prevail in the election. That’s why candidates spend approximately 90 percent their time campaigning in about a dozen swing states.

How to fix the Electoral College

There are two ways of effectively replacing the Electoral College with a national by popular vote. The first option is passing a constitutional amendment to achieve that goal. 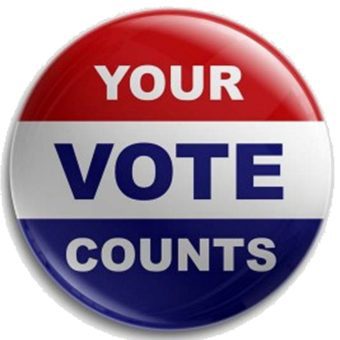 Though a constitutional amendment would be the most direct way to get rid of the Electoral College, passing that amendment would be extremely difficult because most swing states will not want to give up their outsized influence in the presidential election. And since 38 states are needed to ratify an amendment, it is unlikely that enough swing states will voluntarily support a proposal to reach that threshold. Fortunately, there is another way to elect our next President by popular vote instead of through the Electoral College.

The good news is that many states are already on board with the plan. To date, fifteen states and the District of Columbia have joined the Compact, for a total of 195 electoral votes. Once additional states with 75 electoral votes join the Compact, it will go into effect and the next President will be the winner of the national popular vote. But we need your help to mount a successful U.S. Popular Vote campaign. 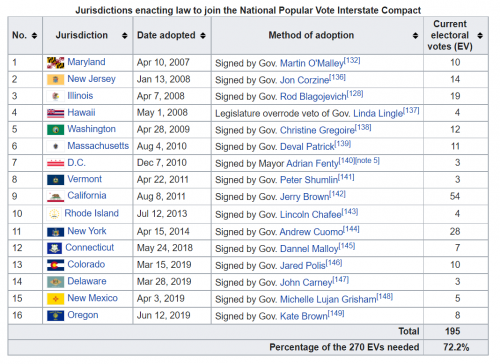 If you support the National Popular Vote Interstate Compact there are two ways you can help us move forward. First, if your state has not yet joined the Compact, contact your state representatives and urge them to do so. Second, support our efforts with a donation so we can continue to advance this cause. Fixing the Electoral College is an important step in making government work again, so please support the campaign and make a difference today!